Elizabeth Kowalski, is a multi-instrumentalist and vocalist. She is experienced in composing music for film, dance, & media, and has a passion for creating electro-acoustic music paired with visual art. The influence of world folk music can also be heard in her compositions. In 2012, her piece Moon Garden for guitar and clarinet received third prize in the National MTNA Composition Competition. Another piece that she composed for cello, electronics, and dance, “Vanishing Souls, Falling Embers,” won a the Dance Magazine Award and was performed at the Kennedy Center, May 2012. Aside from writing music, she is a freelance musician and performer. M.M. in Composition from the University of North Carolina at Greensboro; B.A. in Music, UNC-Charlotte. 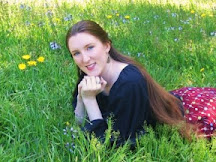 Kaito Nakahori (born September 14,1989), is a Japanese composer based in New York, and is the Artistic Director and Conductor for Hai-Dao Ensemble.

In June of 2014, he was interviewed as a composer by ”Chin po” newspaper in Shenzhen, China. The newspaper introduced him as a "Half Chinese, half Japanese, young gifted composer”. The article has been reprinted by many media sources in China and Hong Kong: China Daily, Xinhua, Sohu, Ifeng, and Jinyang.

His pieces have been commissioned and performed in the United States, Italy, Romania, Belgium, and Japan by many famous organizations and musicians, such as, Aki Takahashi (piano), Mayumi Miyata (Shō), JACK Quartet, and Ensemble Dal Niente. The Japan Cultural Institute in Rome, Italy, invited him to present one of his works and give a presentational speech on Japanese music in November, 2013. At the International Percussion Music Radio Festival in 2014, one of his commissioned pieces was premiered by Shinichi Ueno in the biggest classical venue in Romania, Sala Radio Hall. His works have also been performed at other prestigious venues, such as, Merkin Hall (New York), Jordan Hall (Boston), United Nations (New York) and Suntory Hall (Tokyo).

He is a composer for the international project entitled A-EN Composer's Project with Hikari Kiyama, and is a member of the Tokyo International Association of Artists. The scores and music for his compositions based on Mt. Fuji (Cracked 5-1, Cracked 5-2, and Bridge 1-2), were on display at Mt. Fuji Museum July – Oct, 2014 in Susono, Japan. He was also interviewed by The Shizuoka Shimbun newspaper as the head of A-EN Composer's Project concerning his concert at Hagoromo Hotel in Miho Pine Grove.

He has several pieces created as part of two separate joint-series entitled "Cracked Series" and "Bridge Series", both of these series are known as part of his life's work. He is well-known for his string ensemble and orchestral works, and makes extensive use of un-traditional sound qualities created through the use of unusual instrumental techniques. His works have been described by Timeless Atmosphere as, “Very Asian, very elegant.” Since he is not only focusing on contemporary classical music, he has composed in many different genres, such as, in plays produced by the theatre company Keizaito H in Japan. He was honored with the privilege to conduct his pieces at the ceremony of Shenzhen International Micro-Film Festival at United Nations in October, 2014.

He received his Bachelor’s Degree in Musical Composition from the Toho College in 2012, and was honored with the esteemed Syuseki award for highest ranking student in his graduating class. In 2014 he received his Masters of Music from the San Francisco Conservatory of Music. He has trained under composition instructors: Jun Nagao, Kazuaki Ogikubo, Lee Hyla, Conrad Susa, David Garner, and René Staar. His birth-name is Katsunari Nakahori, but he is known by his stage name Kaito Nakahori. Several of his works have been published by Harpster Music Publishing and Edition Les Pois. 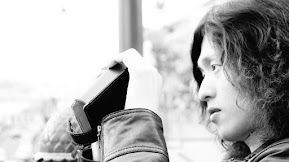 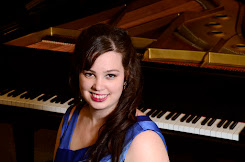 Adora Zachary, began creating costumes 15 years ago in Petersburg, Alaska. During that time she studied under numerous teachers and donated much of her time to local creative arts programs. She has worked on costumes for a several performing arts schools that cater to a variety of costume needs, including dance, voice, and drama. While attending Toccoa Falls College in Georgia, she was a three year Board Member of the college’s drama club, and became the club’s President during her Senior year. Upon graduating with a Bachelor of Science degree in Counseling/Psychology, she has worked in the Charlotte and surrounding areas as a costumer and seamstress for several dance companies, studios, and ministries. She is a professional English country folk dancer with The Red Hills English Country Folk Dancers and has been commissioned to handcraft nearly half of the costumes used in their performances. Adora currently works as an independent consultant for The Pampered Chef, and is growing her sewing business, Adora Belle Classics. 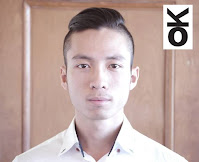 Rob + Kristen Photography was founded in June of 2012. After many years of experimental photography with friends, relatives, and pets, Rob + Kristen Photography made the decision to begin their own professional business. Their photography style is elegant and warm, encompassing the perfect combination for fond memories. Their portfolios consist of engagement and wedding packages. Rob + Kristen Photography believes it is important to continue the process of researching, learning, shooting and exploring the vastly diverse world of photography, in order to give their clients the best photo sessions and editing available. They are committed to trying new things and providing the wedding community with photographs that capture glimpses and memories of this beautiful, romantic life that we all live. 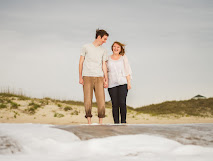 ~ Our Collaborative Artists page is designed to support and promote each of the professional non-dance artists that THE MARK has worked with. ~ 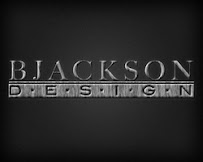 Jabez Co (b. 1989; Manila, Philippines) composes vivid music that speaks to a wide range of audiences, inspired by genres ranging from Gregorian chant to musical theater. His works are significantly influenced by his experience as an avid performer of concert pieces, new compositions, and stage music. Jabez writes concert and dramatic works, creating a fusion of classical and Broadway idioms in both genres.

Winner of the Mu Phi Epsilon’s (MPE) International Sterling Achievement Award, Jabez has been recognized for his many accomplishments in music. He has won the MPE Original Composition Contest and third prize from the Ohio Federation of Music Clubs (OFMC) Student/Collegiate Composers Contest. Jabez has been named a finalist for the ASCAP Morton Gould Young Composer Awards. He is also the recipient of the OFMC Agnes Fowler Award, OWU Senior Performance Award, and the Slocum Prize. Jabez was a participant of Fresh Inc. Festival, Accent11 Music Festival, and Accent12 Music Festival.

As a performer, Jabez is primarily a flutist. He is an advocate of new music having premiered many new works as a flutist, conductor, and singer–including Stephen Paulus’ Of Songs and Singing. He has been a member of the Columbus Symphony Chorus and Associate Flutist and Piccoloist of the New Albany Symphony. He currently studies with Kathy Karr and performs with guitarist Michael Kagan in the Terravento Duo.

lizabeth Kowalski, is a multi-instrumentalist and vocalist. She is experienced in composing music for film, dance, & media, and has a passion for creating electro-acoustic music paired with visual art. The influence of world folk music can also be heard in her compositions. In 2012, her piece Moon Garden for guitar and clarinet received third prize in the National MTNA Composition Competition. Another piece that she composed for cello, electronics, and dance, “Vanishing Souls, Falling Embers,” won a the Dance Magazine Award and was performed at the Kennedy Center, May 2012. Aside from writing music, she is a freelance musician and performer. M.M. in Composition from the University of North Carolina at Greensboro; B.A. in Music, UNC-Charlotte. 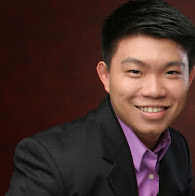 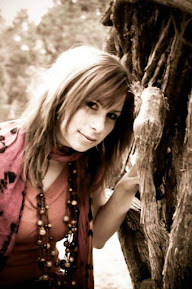 Grace Brown grew up surrounded by the arts, be it, classical music, dance, fine arts, and classical writing. From a young age, dance was her favorite of the arts and she always had a passion to perform on the stage with professionals. She spent five years indulging this passion, while studying tap under Ava Zachary at Kathy Tousignant’s School of Dance. In college, Grace developed a love for photography while learning to utilize her smartphone’s camera to take creative shots for her Instagram. After gaining likes, followers, and compliments from her new-found photography skills, Grace decided to pursue dance from behind the camera lens. In May 2015, Grace launched THE MARK dance company’s official Instagram page. This took her into rehearsals and backstage, photographing and taking videos of the company’s dancers. THE MARK’s Artistic Director, Arlynn Zachary, provided Grace with an opportunity to take part in the work of the company, while learning how to cultivate her art-form and be involved in the professional dance field. Now, Grace lives out her passion through photographing the professional dancers of THE MARK and taking part in sharing their art together. 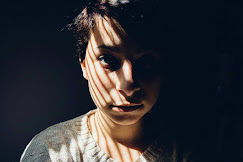 Corina is a conceptual 2-D and 3-D visual artist and web designer. Her work is driven by a desire to explore the medium, to solve spatial relationships and to conceptualize a creative resolution to a problem. She is influenced by the study of precise mechanics of the human body and how it contrasts to machines, as well as the juxtaposition of the nature vs. man-made objects. Her pieces are characterized by a strong linear composition and tend to convey a visual movement.

She has exhibited work in the Adam Ramsey Miller Gallery in Concord, NC, the Railwalk Gallery in Salisbury and The Waterworks Visual Art Center. She is currently pursuing a BFA in Sculpture at the University of North Carolina at Greensboro. Her preferred mediums include metal, ceramic, and wood. She enjoys speed sketching female figures, digital painting and web coding, and is learning to speak Chinese.

Laura Vasseur is a Louisiana born, North Carolina-based graphic designer who strives to marry her love of print and graphic design by finding the harmonious balance between creative and functional. She is a part-time traveler, lover of all things witty, nature dreamer, music fanatic, and art admirer.